I’ve been thinking a lot about Harry Potter’s Mom lately. Not because the final movie came out this summer. While a number of my friends stood in line till midnight to see Harry Potter and the Deathly Hallows, Part 2, and one even won a trivia contest, that’s not why his mother’s on my mind.

And it’s not really Lily Potter I’m thinking of, not the murdered mom whose love and sacrifice protected the infant Harry, even in the face of astonishing evil.

I’ve been thinking about Harry Potter’s real mother, the one who carried him into the world against all odds. Who gave birth to him not once, but seven times. Who is, in her own way, more of a magic-wielder than any of the denizens of Hogwarts, since they may bend the reality around them, but she, single-handedly, gave it life. I’m thinking about J.K. Rowling.  She and her story will not leave me alone.

Everyone knows it. More people, perhaps, than have read the seven Harry Potter books or seen the movies. At least they know the flashy part. The rags to riches story. The shortest form of which goes like this: A divorced British mom gets an idea for a novel, writes it by hand – predominantly in cafes – and goes on to become richer than the Queen of England.

Of course, there is so much more to it than that. But the crux of the story, the one that pursues me, is hidden in there,  almost tossed off in two words: writes it. J.K. Rowling sat down and wrote Harry Potter. That story.

And lately, I have been reading it like tea leaves. Telling it to friends as parable. Wrapping it around myself against the cold. Not because it led to literary success. Literary success is a collision of talent and timing. You can’t predict it any more than you can predict earthquakes. You know they happen, you can track the rumblings, but no one has yet called the big one.

No, I’ve been living with the notion of J.K. Rowling as comfort, as a bedtime story for a lost girl with a notebook: me. It has become this writer’s personal Chamber of Secrets, hiding plain and powerful truths about risk, persistence and trust in the face of resistance.

Writing – all art really – is a terrible business. A quest of the most private and dangerous kind. There is no map. No one can go with you. Inspiration is a wispy thing, an alluring phantasm; there is no way of knowing, ever, if you are walking towards vision or illusion, towards a true story or a self-serving fantasy. Yet stories, like the Sirens, call. Ignoring them is risky. So is listening.

As a working writer, it’s even harder. Time is money, right? There is the work you get paid for, and then the work of the heart. No one is paying for heart stories (at least not yet). So what if you’re wasting your effort? These stories won’t feed anyone, heal anyone. They won’t pay grocery and doctor bills. How do you justify the time?

This is where resistance kicks in.

In The War of Art, Steven Pressfield reveals a secret that all artists know: what’s hard is not doing the work; it’s sitting down to do the work. “And what keeps us from sitting down,” he says, “is Resistance.”

Resistance is darker and sneakier than any evil wizard. Yet, like residents of Harry’s Universe, artists rarely speak its name. Invisible and insidious, we only know it by its plausible lies: “I’ll do a better job if I get some sleep.” “I’ll have time to paint once I get my ducks in order.” “Of course I’ll record my music…once I take a few more voice lessons.” We know it by its henchmen, Procrastination, Perfection, and Paralysis, whose ready assistance has marked the end of more promising creations than the world can count. 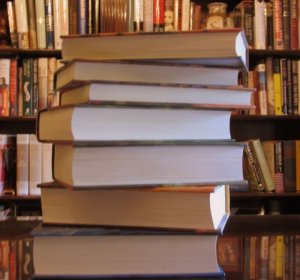 It’s a sad truth, but if I were J.K. Rowling, if Harry Potter had come looking for me, I would probably have ignored him, or put in him a file marked Someday. I would have thought of him from time to time, but the arguments against the effort would have been loud and reasonable. I mean, come on. Write a novel? Don’t I have to pay my bills first? Shouldn’t I start with a short story? And to write a book for children! About a boy wizard. Magic. Really? How does that help the awful state of the world?

And there they are: the henchmen and the lies. Fear of wasted time. Fear of reaching beyond perceived limits. Fear of the trivial.

And if J.K. Rowling were me, this is what she would have missed: a story that has captured minds, hearts and imaginations worldwide; that has invited children, especially boys, to read longer books than popular wisdom could conceive of; that has invited readers from eight to 80 into a single conversation about story, about good and evil, adventure, love, friendship and, yes, magic. And a story that has broken worldwide sales records, earning its author an income beyond anything that she, or anyone else, could envision for a children’s book.

But, again, this is not about the scope of her literary and financial success. Those matter to me only because they set off flares that are large enough – extreme enough – for a stubborn soul like mine to actually notice…and to recognize the real magic: that she wrote it, the whole inspired lot of it. She started, and she finished. Everything else came out of that. Harry’s story officially ended in 2007. The final film has now been released. Who knows what Rowling will write next. It doesn’t really matter. She has emptied herself of an enormous tale and fed millions – hundreds of millions — of imaginations in the process. More, when you count the lucky ones who have yet to cross the threshold of Hogwarts for the first time.

But this other story won’t end. Not for me. It is new on a daily basis. It is my invisible protector, my talisman, my very own Patronus Charm. When the minions of darkness are upon me, when that unholy trinity – Fear, Doubt and Despair – whisper their cold and reasonable truths down my neck, when Resistance itself rises up, ten times my size, to whittle me down, show me to be the thin, slip of a writer I fear I am, I have my incantation.

“J.K. Rowling,” I remind myself. “J.K. Rowling.” And from nowhere, it summons the image of a woman writing, writing against all odds, writing in spite of herself, in spite of everything, writing simply because she has a story she must tell.  And I begin to feel the glow, that small ember catching flame: the courage to tell my own.

43 thoughts on “In Praise of Harry Potter’s Mom”

Please note that any ads you see are placed here by WordPress.com. I gain no income from any advertising displayed.
Loading Comments...
%d bloggers like this: