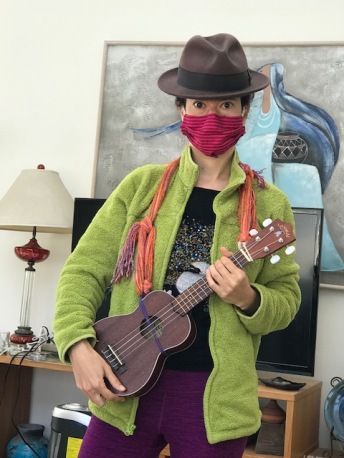 It’s National Poetry Month, and the internet is exploding with words. Old poems. New poems. Words to offer beauty. Words to offer wisdom. Words to bring us comfort in these times. These times. We are in the middle of a pandemic and have a primal need for words of hope, for visions of global healing when this terrible moment has, eventually, passed.

One poem that has been making the rounds is called, “In the Time of Pandemic.” It begins:

“And the people stayed home.

And they read books, and listened, and rested, and exercised, and made art, and played games, and learned new ways of being, and were still.”

It appeared on our radar in early March and has “gone viral,” as we like to say of those things, good and bad, which pass quickly from hand to hand and screen to screen.

It is a quiet, simple vision of healing.

This poem is a prayer for where this can pandemic might lead us, a belief in transformation. If it was written in 1869, we have failed its vision. If it was reposted in 1919, we failed again. If this voice is truly from the past, then history has repeated itself, and likely will repeat itself, and hope is gone.

So I started digging.

There was an Irish-French writer named Kathleen O’Meara who was writing in 1869. She did not write this poem.

This poem was written by Catherine “Kitty”  O’Meara, a retired teacher from Wisconsin, this year, in response to this pandemic.  It is on her blog. She has recorded it. People have interviewed her about it.

And I am so relieved.

Because these particular words have not been strung together before, this particular prayer is a new one. We can read it to one another as an invocation. We can put it into practice. We can carry it as a plan. We can believe that this terrible moment can change us in ways that heal not only our bodies but our world.

This poem is a perfect poem for this moment. Does it matter who wrote it…or when?

Of course it does.

Kitty O’Meara wrote this poem. To attribute it to any other person steals her talent.

And she wrote it now. To attribute it to any other time, threatens our hope.

On Saturday night, at 7:45pm PST, people around the world sat to meditate at the exact same time for the exact same purpose. That was not possible 100 years ago, or even 50 years ago. My own prayer was simple: One world. Let us heal as one.

We are in unprecedented times; we have unprecedented tools. We are scared big. We should dream big. We can move forward. We can hold – and share – that vision. Let that go viral. History does not have to repeat itself. We don’t have to let it.

Flat Santa delivers gifts through the mail slot. His flat reindeer and flat sleigh hitchhike on the back of postal …

Please note that any ads you see are placed here by WordPress.com. I gain no income from any advertising displayed.
%d bloggers like this: